PERRYSVILLE FAIR. American, Jig. USA, southwestern Pa. G Major: D Major: A Major. Standard tuning (fiddle). AA'BB'. Unusually, Bayard had nothing to say about the origin of this jig, obviously regionally well-known, from the number of variants he collected. Perrysville was the original name of what is now Port Royal, Juanita County, southwest Pennsylvania, named in honor of Commodore Perry, a hero of the War of 1812. The name of the town (which sits along the Juniata River) was changed to Port Royal in 1874. The first fair was held in Perrysville/Port Royal in 1852 and there has been an annual fair in the town thereafter. 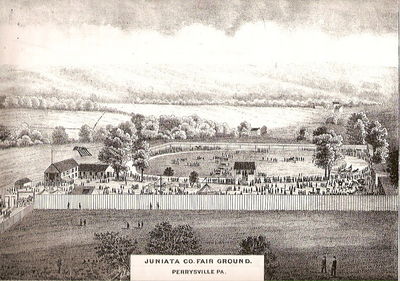