Find traditional instrumental music
This is the stable version, checked on 16 May 2021.
Jump to: navigation, search

Back to Peter's Peerie Boat

PETER'S PEERIE BOAT (Peter's Little Boat). AKA - "Pete's Peerie Boat," "Peter Peerie's Boat." AKA and see "Hooper's Jig," "Trip to Tomintoul." Shetland, Jig (6/8 time). D Major. Standard tuning (fiddle). AA'B (Hunter): AABB (Anderson). A popular jig composed by fiddler, teacher, collector and bandleader Tom Anderson [1] in 1949 in honor of Peter Leith, the first pianist of the Islesburgh Scottish Country Dance Band (of which Anderson was the leader). The pianist was a very keen sailing enthusiast and loved boats, one small (peerie) one of which he was trying to sell. Anderson "used to complain that he thought more about the boat than about the piano accompaniments--so he wrote a tune about it!" (Hunter, 1979). Peerie in Scots can also mean a spinning top, and there is some speculation that Anderson's title might refer to a boat spinning in the waves, but Anderson used the work peerie in several annotations in his published works, each time giving its meaning as 'small'. It is unlikely he meant anything but 'a small boat'. 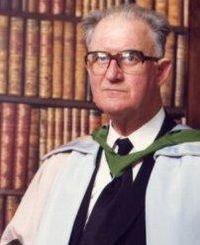 This tune was first used by Scottish accordion player Jimmy Shand and his Band in the early 50's for the dance 'Hoopers Jig,' and has been played on the radio by most leading Scottish Dance Bands. The name of the dance (Hooper's Jig) is sometimes associated with the tune, but the dance band version of the tune itself is called "A Trip to Tomintoul" (Tomintoul is in Moray, Scotland).

Back to Peter's Peerie Boat