PETER PIPER. American, Two-Step. A 1905 two-step composed by S.R. Henry, recorded by the Happy Hayseeds, the Lamb brothers, Fred, Ivan, Logan, and Orson. Henry's piece was a companion to his "Polly Prim", and is a syncopated dance rather than a rag. See also Henry's compositions "Colored Major March (The)" and "By Heck!." 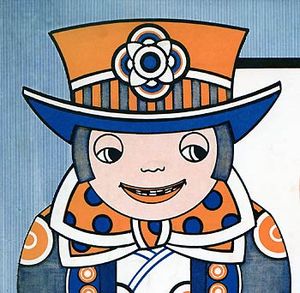 A closeup of the graphic from the original sheet music 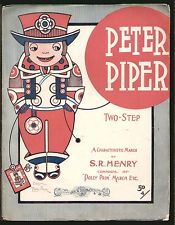