Find traditional instrumental music
This is the stable version, checked on 5 February 2020.
Jump to: navigation, search

PIEDMONT. American, Schottische (cut time). D Major. Standard tuning (fiddle). AABB. The title appears in a list of traditional Ozarks Mountains fiddle tunes compiled by musicologist/folklorist Vance Randolph, published in 1954. Source Galbraith thought it might have been a tune from Scotland, although the stately-paced reel sounds more like a generic quadrille or schottische. It is probably named for Piedmont, Missouri, a small town at the eastern edge of the Ozarks. 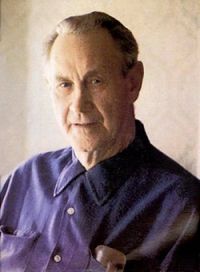 Source for notated version: - Art Galbraith (1909-1993, near Springfield, Mo.), learned from his Uncle Tobe, who was born in 1853 [Beisswenger & McCann, Phillips]. Galbraith said Tobe was "an older uncle who played very well and played a lot of tunes. I got most of my tunes from him." Galbraith was descended from a long line of prominent local fiddlers, remarks Norm Cohen (Traiditional Anglo-American Folk-Music, 2015). "He taught English for a while, then took a job with the post office. Before retirement he had played frequently at numerous folk festivals and fiddle contests."