Back to Planxty Miss Burke[edit]

PLANXTY MISS BURKE ("Pleraca Ingean Ni Buaircac" or "Planxroe inghean Ni Bhuairchidh"). Irish, Air or Planxty (6/8 time, "lively"). D Major (O'Neill): B Flat Major (O'Sullivan/Bunting). Standard tuning (fiddle). AAB (O'Neill/Krassen): AABB (O'Neill/1850, O'Sullivan/Bunting). Composed by Turlough O'Carolan (1670-1738), although no words have survived, indeed, if any were written to the tune. O'Sullivan (1983) remarks the Burkes of County Galway were an important family in O'Carolan's time, though the particular person addressed is still unknown. The Burke family of Glinsk was of Norman extraction who had 'modern' aspirations, according to Gearóid Ó hAllmhuráin (1998). O'Sullivan suggests the melody may not have been composed for the family at all, as it appears in earlier, though inferior, versions in Lee's Collection (1780), Thompson's Hibernian Muse' (1786) and Mulholland's Collection (1810), in all under the title "John Kelly" (the name of two country squires of Connaught in O'Carlolan's time). Donal O'Sullivan, in his definitive Carolan: The Life, Times and Music of an Irish Harper (1958) declined to list the tune under the "Miss Burke" title, and gave it as "John Kelly," acknowledging in his notes to the air that Bunting called in "Planxty Miss Burke," but that the Belfast collector sometimes made mistakes and O'Sullivan thought this miss-titling was one. 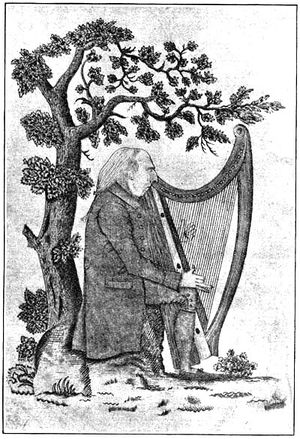 Source for notated version: Belfast musician and collector Edward Bunting noted the melody from harper Arthur O'Neill [1] (c.1737-1816) in 1800, according to the index of his 1840 collection.

Back to Planxty Miss Burke[edit]