PLYMOUTH ASSEMBLY. English, Country Dance Tune (whole time). G Major. Standard tuning (fiddle). AABBCC. The 'assembly' was a social organization given to dancing and convivial pursuits for the landed classes. “Plymouth Assembly” was unique to Charles and Samuel Thompson’s Compleat Collection, vol. 3 (London, 1773). It was copied into the 1788 music manuscript book of fiddlers John and William Pitt Turner (Norwich, Conn.), and is one of the "missing tunes" from William Vickers' 1770 Northumbrian dance tune manuscript. Dance instructions for “Plymouth Assembly” were published by the Thompsons in their Twenty-Four Country Dances for the Year 1770 (London). Plymouth in the 18th century was a prosperous port town. A theatre was built at the top of George Street in the city, originally known as the Theatre, Frankford-Gate, but known as Theatre Royal after King George III and his family visited it in 1789. 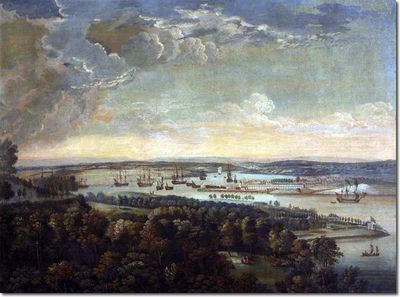 A later, 19th century, reference to 'Plymouth Assembly' concerns a non-conformist religious sect in that city.