PORTER. American, Reel (cut time). C Major (1st part) & A Minor (2nd part). Standard tuning (fiddle). AABB. The tune was in the repertoire of Grease Gravy Hill (Paoli), Indiana, fiddler Lotus Dickey (1911-1989), who said he had learned it as a boy around 1926 from a local Orange County, Indiana, fiddler named Poindexter "Deck" Ainsworth, who was originally from the Arkansas Ozarks Mountains. Ainsworth himself had learned the tune, sans title, from a man named Porter, and so just called it "Porter". 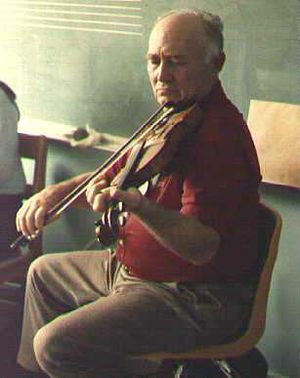