Back to Prince Eugene's March

PRINCE EUGENE'S MARCH. English, Scottish; March (cut time). D Major. Standard tuning (fiddle). AABB. The march appears in a great many English and Scottish publications throughout the 18th century, and was one of the most popular musical pieces of the period. In, fact, has retained some popularity to this day with fife-and-drum corps and early music ensembles. The tune’s origins lie in London publisher John Young’s Second Volume of the Dancing Master, 1710 (all the three subsequent editions, the last published in 1728), followed soon after in rival London publishers Walsh and Hare's Compleat Country Dancing Master vol. II, (1719). "Prince Eugene's March" can be found in a publication entitled St. Martini, Handel and Others, Warlike Music, Being a Choice Collection of Marches and Trumpet Tunes for a German Flute, Violin or Harpsichord, Book I (1760, p. 1), in Longman & Broderip’s Entire and Compleat Instructions for the Fife (London, 1767), and it is included in the Scottish Gillespie Manuscript of Perth (1768). Waverton, Cumbria, multi-instrumentalist John Rook included "Prince Eugene's March" in his 1840 music manuscript (p. 57).

The march was often included in 18th century musicians' manuscripts, especially (but not exclusively) those with fifing or martial connections. Northumbrian musician Henry Atkinson entered it into his music manuscript collection of c. 1694, which predates published versions. Scarcely less popular in America, the melody can be found in over 25 sources from the colonial period, including Cushing Eells’ manuscript written in Norwich, Connecticut in 1789, and Deacon Justin Hitchcock’s manuscript written in Deerfield, Massachusetts in 1800. It also appears in the music manuscript copybook of Henry Livingston, Jr. Livingston purchased the estate of Locust Grove, Poughkeepsie, New York, in 1771 at the age of 23. In 1775 he was a Major in the 3rd New York Regiment, which participated in Montgomery’s invasion of Canada in a failed attempt to wrest Québec from British control. An important land-owner in the Hudson Valley, and a member of the powerful Livingston family, Henry was also a surveyor and real estate speculator, an illustrator and map-maker, and a Justice of the Peace for Dutchess County. He was also a poet and musician, and presumably a dancer, as he was elected a Manager for the New York Assembly’s dancing season of 1774–1775, along with his 3rd cousin, John Jay, later U.S. Chief Justice of Governor of New York. 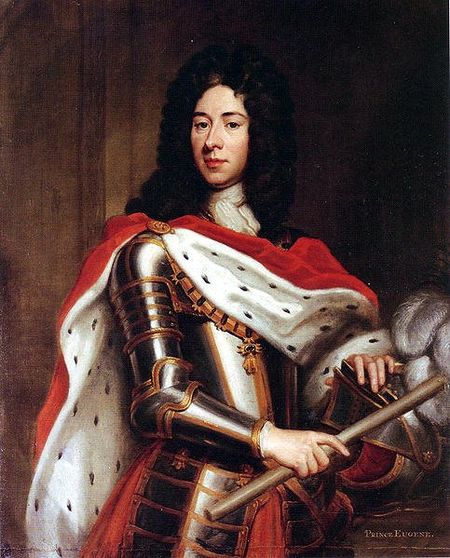 Prince Eugene of Savoy [1] (1663–1736) was a general of the Imperial Army and statesman of the Holy Roman Empire and the Archduchy of Austria and one of the most successful military commanders in modern European history, rising to the highest offices of state at the Imperial court in Vienna. Handsome, brave and extremely competent, he was the foremost luminary in a heroic era that saw Europe saved from Turkish invasion and domination. Eugene allied with the Duke of Marlborough during the War of the Spanish Succession, and the pair formed a strong friendship with effective military cooperation that culminated in their victory and the Battle of Blenheim in 1704.

Back to Prince Eugene's March