Back to Prince Henry's Jig[edit]

PRINCE HENRY’S JIG. English, Jig. B Flat Major. Standard tuning (fiddle). AABBCCDD. The melody is unique to London publisher Charles and Samuel Thompson’s 1765 country dance collection. Prince Henry (1745–1790), Duke of Cumberland and Strathearn, the younger brother of King George III, and the was the sixth child and fourth son of Frederick, Prince of Wales, and Augusta of Saxe-Gotha. The year after the country dance and tune bearing his name appeared in the Thompsons' collection, Henry was created Duke of Cumberland and Strathearn and Earl of Dublin. In 1767 Henry allegedly married a commoner, Olive Wilmot, in a secret ceremony, and several years later married another commoner, the beautiful widow Anne Horton (or Houghton, 1743-1808), prompting his brother George III to push through legislation in Parliament barring royal marriages without the monarch's permission. The marriage appalled the King and the rift endured, and Henry, despite reaching the rank of Vice-Admiral (in 1770) in the Navy, never held a meaningful command. 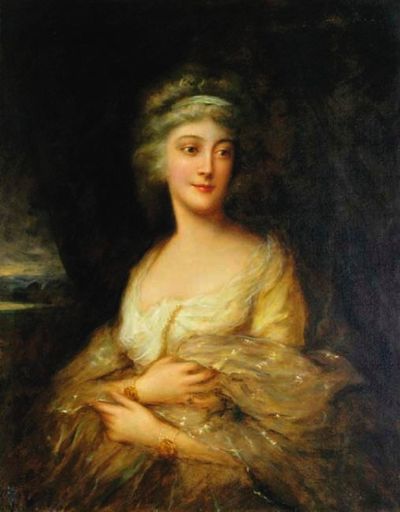 Back to Prince Henry's Jig[edit]