Back to Prince Regent's Favorite (The)[edit]

PRINCE REGENT’S FAVORITE, THE. Scottish, March (?). C Major. Standard tuning (fiddle). AB. Composed by John Gow (1764-1826), the youngest son of famed Scots fiddler-composer Niel Gow (1727-1807) and brother of Nathaniel Gow (1763-1831). John, along with older brother Andrew (1760-1803) established the London branch of the family publishing business. He continued it at a number of successive London addresses, even after Andrew’s death. 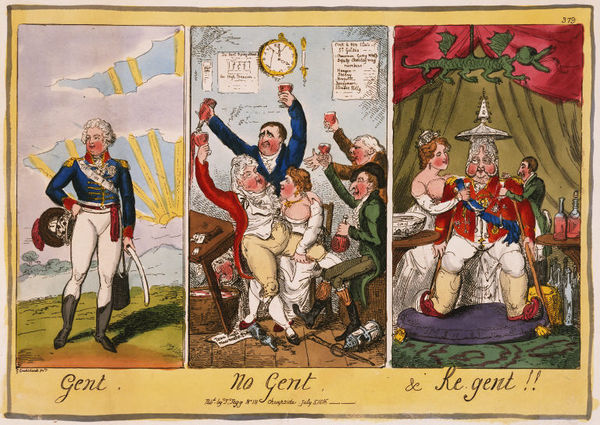 England’s Prince Regent was George Augustus Frederick (1762-1839), who ruled as regent from 1811-1820 due to the mental incapacity of his father, George III. Upon his father's death in 1820, he assumed the crown as King George IV. Unfortunately, by that time George had grown immense through alcohol consumption and profligate ways. In his last decade he was debilitated by gout and almost blind from cataracts and often the object of ridicule.

Back to Prince Regent's Favorite (The)[edit]