Back to Prince Rupert's March

PRINCE RUPERT'S MARCH. AKA - "Prins Robbert Masco." English, Country Dance Tune (4/4 time). A Minor (Sharp). Standard tuning (fiddle). AAB (Chappell): ABB (Sharp). The air can be found in manuscript form in Elizabeth Rogers' Virginal Book. It was published by John Playford in his English Dancing Master [1] (1650-1, and all subsequent editions, through the 18th and final edition of 1728), with the exception of the second and third editions of 1652 and 1657. Playford had Royalist sympathies, but his inclusion of a march honoring a Cavalier hero, noted strategist and nephew of Charles I was a challenge to the Protectorate government then in power. He may have received wise counsel to drop the tune/dance from the Dancing Master, until after the death of Cromwell in 1658. It was one of only two pieces removed from the first edition to the second, which was issued a year later. Music publishers on the Continent were under no such constraints, and "Prince Rupert's March" was published Bellerophon (Gesangh der Zeeden, 1648, with words), and in blind recorder virtuoso Jacob van Eyck's Der Fluyten Lusthof (1649, as "Prins Robbert Masco"). Chappell (1858) points out the march resembles "British Grenadiers (The)," albeit in minor instead of major key, but any piece honoring the Grenadiers necessarily is no older than 1682, when that unit was formed. 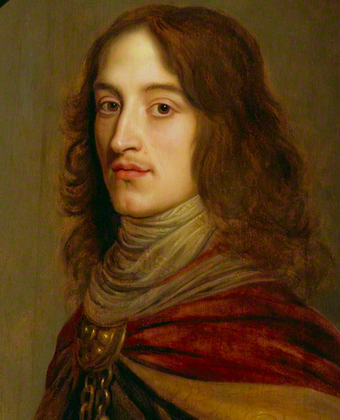 Prince Rupert [2] became the archetypal Cavalier of the English Civil War and ultimately the senior Royalist general, commanding the Royalists at the battle of Edgehill, in 1642. He died and was interred with great magnificence in Henry the Seventh's Chapel, Westminster Abbey, in 1682. He was a nephew of Charles I., and the discoverer of mezzotinto, the hint of which he is said to have taken from seeing a soldier scraping his rusty musket. The first mezzotinto print ever published was the work of his hands, and may be seen in the first edition of Evelyn's Scidtura.

Back to Prince Rupert's March