Prince of Mecklenburg's Jigg (The)

PRINCE OF MECKLENBURG’S JIGG, THE. English, Jig. A Major. Standard tuning (fiddle). AABB. The melody is unique to London publisher Charles and Samuel Thompson’s 1765 country dance collection. The Prince of Mecklenburg-Strelitz at the time of the Thompson’s publication was George Augustus [1] (1748-1785), who was the brother of England’s Queen Charlotte Sofie (1744-1818), wife of George III. He was an officer in the 4th Regiment of the Austrian-Salzburg Dragoons, and attained the rank of Major-General in the Austrian army before his death. Scottish lawyer and biographer James Boswell (Dr. Johnson’s amanuensis) met the Prince a few times at the Hague in 1764, and dined and played billiards with him. 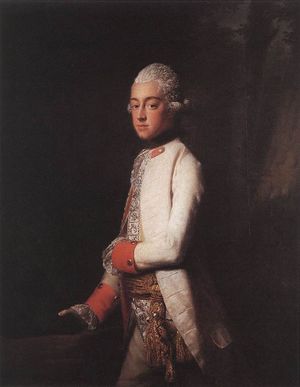 The melody appears in the 1770 music manuscript collection of Northumbrian musician William Vickers under the title "Prince of Wales Jig (2) (The)."