Back to Prince of Wales' Hornpipe (2)[edit]

PRINCE OF WALES' HORNPIPE [2]. Scottish, Hornpipe (cut time). B Flat Major. Standard tuning (fiddle). AABB. Composed by violinist W.B. Laybourn, the editor of the three Köhler’s Violin Repository volumes (Edinburgh, 1881-1885), although he identified himself anonymously as "A Professional Player" on the title page. Laybourn's title honors Prince Albert Edward (1841-1910), the eldest son of Queen Victoria and Prince Albert of Saxe-Coburg and Gotha. He became King Edward VII of the United Kingdom and the British Dominions, and Emperor of India, and reigned from 1901 until his death in 1910. 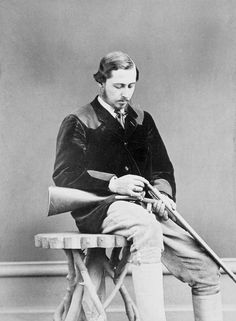 Back to Prince of Wales' Hornpipe (2)[edit]