Princess of Wales's Favorite Dance (The)

Back to Princess of Wales's Favorite Dance (The)[edit]

PRINCESS OF WALES’S FAVORITE DANCE BY DR. HAYDN. Scottish, English. Printed by Gow & Shepherd (Edinburgh). Tyson has suggested the tune is “a somewhat mutilated and probably truncated form of a genuine country dance by Haydn.” Prominent classical-period composer Joseph Haydn (1732-1809) resided in London for two periods: 1791-1792 and 1794-1795), where he concertized to great acclaim. Contemporary music historian Charles Burney (1726-1814) wrote in his memoirs: “Haydn himself presided at the piano-forte; and the sight of that renowned composer so electrified the audience, as to excite an attention and a pleasure superior to any that had ever been caused by instrumental music in England.” Haydn is know to have composed other country dances; unfortunately, they are now lost. Haydn and the Gows were all associated with the extravagant Prince of Wales and the King’s Theatre in London during the same period. 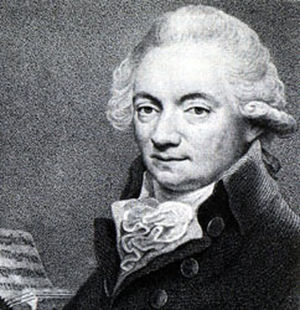 The title honors Caroline of Brunswick (1768-1821), who married George Augustus Frederick, the Prince of Wales and later king George IV, her first cousin, in 1795. They appear to have taken a dislike to each other in record time, never living together again after the first few days of their marriage (although one child, Princes Charlotte Augusta, was conceived in that brief time). They maintained separate households, and indeed, each embarked on numerous affairs with other lovers. Both the Prince and Princess enjoyed music and were amateur muscians. Groves Dictionary of Music and Musicians (1900) records of Haydn:

He was frequently at Carlton House, where the Prince of Wales (a pupil of Crosdill's on the cello, and fond of taking the bass in catches and glees), had a regular concert-room, and often played his part in the orchestra with the Dukes of Cumberland (viola) and Gloucester (violin). In 1795 he gave many musical parties, and at one which took place soon after his marriage (April 8) the Princess of Wales played the pianoforte and sang with Haydn, who not only conducted but sang some of his own songs.

Back to Princess of Wales's Favorite Dance (The)[edit]