PURFLEET, THE. English, Reel (cut time). G Major. Standard tuning (fiddle). AABB. Purfleet [1] is the name of a town in Essex, southeast England, on the north shore of the Thames, 16 miles east of London. However, the title 'The Purfleet' perhaps refers to the Purfleet Royal Gunpowder Magazine, established in the 18th century for the storage of gunpowder along with a garrison to protect it. 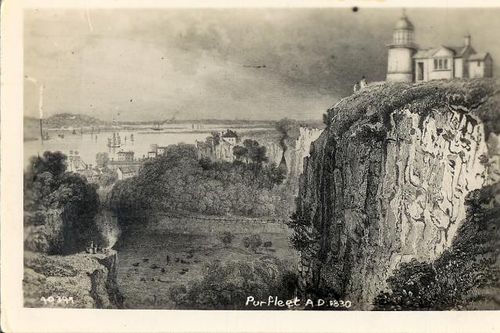 Alternatively, The Purfleet was the name of the 'great drain' or an offensive open sewer in the port town of Kings Lynn St. Margarets, Kings Lynn, West Norfolk, England. The Purfleet was a stream [Ed.-ironically, pur meant 'pure', while fleet was a work meaning 'stream'] that had been cleaned out several times but by the 19th century an accumulation of dirt, rubish, sewerage and silt was preventing ships entering and docking. People dumped rubbish and waste in old muck-hills along the banks of the river. In 1852 William Lee from the government Board of Health wrote in his report:- 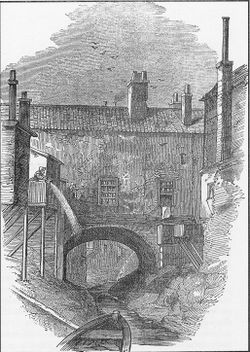 Purfleet-street . - Mr. George Andrews complains that the drainage from his own and two other houses passes under the kitchen floor, and he finds it very offensive. The stench from the privies is also very great. Examined Purfleet,--a most horrible place, when without water. Drains on all sides flowing in, and privies projecting upon timbers, and dropping the soil upon the uncovered banks of mud, fish, garbage, and other refuse. It goes through the centre of the town.

The Purfleet was culverted and sealed from the river in 1864.