Quail is a Pretty Bird

Back to Quail is a Pretty Bird[edit]

QUAIL IS A PRETTY BIRD, THE. Old-Time, Breakdown. USA, Missouri. A Mixolydian. Standard tuning (fiddle). AA’BB’. A version of the tune Edden Hammon’s called “Sandy Boys” (and much associated with him), from Missouri fiddler Gene Goforth (1921-2002), who had the tune from his father Richard “Dink” Goforth. The “Sandy Boys” title is common around Kentucky and West Virginia and has some antiquity. The "Sandy Boy" tune that is the cognate to "Quail is a Pretty Bird" was published in Phil Rice's Correct Method for Banjo (1858, p. 50). 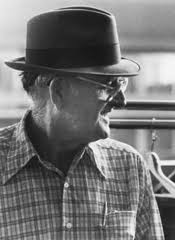 Back to Quail is a Pretty Bird[edit]