Back to Queen's Comissioner (The)[edit]

The office of 'Private Secreatary to the Queen' was created after the death of Prince Albert, and Sir Henry Ponsonby was the most memorable man who filled the post. For twenty-five years he arranged her schedule, drafted her speeches, and acted as liaison with government officials. 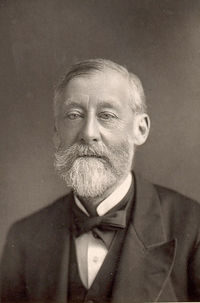 Back to Queen's Comissioner (The)[edit]