Back to Queen's House (The)[edit]

QUEEN'S HOUSE. English, Country Dance Tune (2/4 time). G Major. Standard tuning (fiddle). AABB. The melody is unique to London publisher Charles and Samuel Thompson’s 1765 collection. Buckingham House, now known as Buckingham Palace, London, was known as the Queen's House during the reign of George III and his wife, Queen Charlotte. The royal couple occupied it beginning in 1763, having purchased from Sir Charles Sheffield, but it was George's gift to the then 19 yr. old Charlotte. It was where 12 of their 15 children were born. However, it was not the official London residence of the English monarch until 1837. 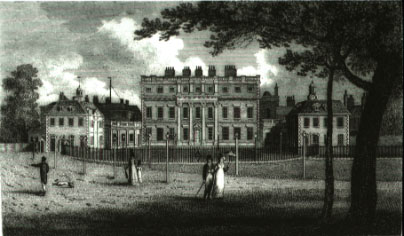 Back to Queen's House (The)[edit]