Back to Queens Little Mare (The)[edit]

QUEENS LITTLE MARE, THE. English, Country Dance tune or Reel (whole time). C Minor. Standard tuning (fiddle). AAB. There was a song called "The Queen's Little Grey Mare" in Birmingham political and cultural activitst John Freeth's The Political Songster (which went through several editions from 1766 to the end of the century), set to the tune of a 1765 balled called "Old Woman of Grimstone (The)." Freeth's song goes: 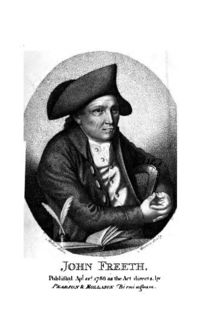 Once a Creature brought o'er
From the African Shore,
As a Wonder in Nature did pass;
This outlandish Beast,
So esteem'd and carest,
People called her Majesty's Ass.

Now this Ass was in Fame,
Till an Elephant came,
Which the King for his Magnitude priz'd;
As his ponderous Weight,
Serv'd to prop up the Sate,
At his coming great Things were surmiz'd.

But to Novelty's call,
Which keeps up the Ball,
The Curious will always attend;
This made (not from Neatness,
But more through his Greatness)
The Ass to the Elephant bend.

So this Elephant bold,
For some Time was extoll'd
And for Praise had the far greater Share;
Till from India there came,
To our good Royal Dame,
A beautiful sweet little Mare.

This Creature so pretty,
Oft makes from the City,
Fine Folk to St. James's repair;
Their Joy to express,
And to pay their Address
To the Queen's little galloping Mare.

Now to help little Kate,
To a sizable Mate,
Late was brought o'er a Stallion as rare:
Thirty Inches they fay,
Justly measures the Bay,
That's to cover the Queen's little Mare.

From these little Dobbins,
Should make Cock Robins,
Perchance from their Matching proceed;
Young Princes may ride,
And themselves the Reins guide,
But then who's to pay for the Feed?

The Cost may be large,
Yet still if the Charge
The C__v__l L__t Bounds don't exceed,
Then he that is loyal,
Will make no Denial
To pray for the Queen's little breed.

Back to Queens Little Mare (The)[edit]