Back to Quick Step 26th Regiment

QUICK STEP 26th REGIMENT. English, March (6/8 time). G Major. Standard tuning (fiddle). AABB. The 26th Regiment [1] began as the Cameronian Regiment, first raised in Scotland in 1668. In 1751 it was reorganized as the 26th Regiment of Foot, and saw service in North America during the American War of Independence, and in the wars with Napoleon (the First Battalion only served in the Peninsular War). 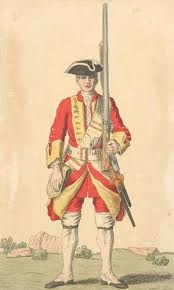 Back to Quick Step 26th Regiment