Back to Quick Step Fencibles[edit]

QUICK STEP FENCIBLES. Scottish, March (2/4 time). G Major. Standard tuning (fiddle). AA'B. Fencibles were units raised in Great Britain in the latter 18th century to counter the threat of invasion by France. The units were raised locally and served locally in garrison duty, freeing up regular army units for deployment where they were most needed. 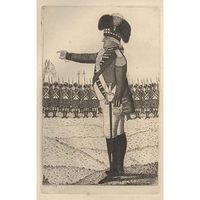 Back to Quick Step Fencibles[edit]