Find traditional instrumental music
This is the stable version, checked on 10 June 2020.
Jump to: navigation, search

Back to Quick Step South Fencibles

QUICK STEP SOUTH FENCIBLES. Scottish, March (2/4 time). G Major. Standard tuning (fiddle). AABB. James Aird dedicated his collection to “the Volunteer and Defensive Bands of Great Britain and Ireland,” a reference to the numerous home guard regiments that sprang up during the late 18th/early 19th century wars with France. Lord Henry Cockburn (1779-1854), in his memoir Memorials of His Time (published posthumously in 1856), remembered this about the Volunteer Militias, especially those for gentlemen, in Scotland: 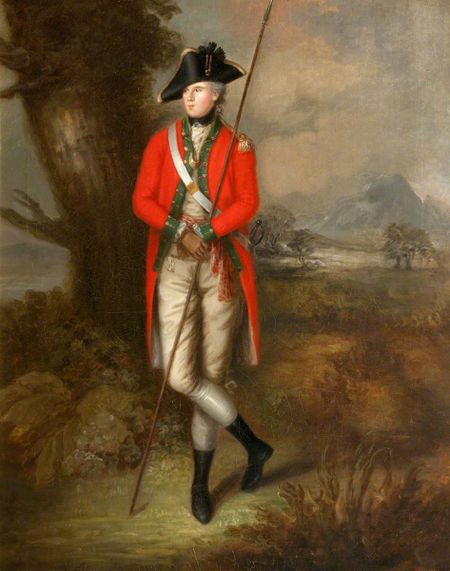 After the war broke out again in 1803, Edinburgh, like every other place, became a camp, and continued so till the peace in 1814. We were all soldiers, one way or other. Professors wheeled in the College area; the side arms and the uniform peeped from behind the gown at the bar, and even on the bench; and the parade and the review formed the staple of men’s talk and thoughts. [Charles] Hope, who had kept his Lieutenant-Colonelcy when he was Lord Advocate, adhered to it, and did all its duties after he became Lord Justice-Clerk. This was thought unconstitutional by some; but the spirit of the day applauded it. Brougham served the same gun in a company of artillery with Playfair. James Moncrieff, John Richardson, James Grahame (the Sabbath), Thomas Thomson, and Charles Bell were all in one company of riflemen. Francis Horner walked about the streets with a musket, being a private in the Gentlemen Regiment. Dr. Gregory was a soldier, and Thomas Brown the moralist, Jeffrey, and many another since famous in more intellectual warfare. I, a gallant captain, commanded ninety-two of my fellow creatures from 1804 to 1814—the whole course of that war. Eighty private soldiers, two officers, four serjeants, four corporals, and a trumpeter, all trembled (or at least were bound to tremble) when I spoke. Mine was the left flank company of the “Western Battalion of Midlothian Volunteers.” John A. Murray’s company was the right flank one; and as these two were both frp, the parish of St. Cuthbert’s, the rest being scattered over the country, we always drilled together. When we first began, being resolved that we townsmen should outshine the rustics, we actually drilled our two companies almost every night during the four winter months of 1804 and 1805, by torch light, in the ground flat of the George Street Assembly Rooms, which was then all one earthen-floored apartment. This was over and above our day proceedings in Heriot’s Green and Bruntsfield Links, or with the collected regiment. The parades, the reviews, the four or six yearly inspections at Dalmahoy, the billettings for a fortnight or three weeks when on “permanent duty” at Leith or Haddington, the mock battles, the marches, the messes—what scenes they were! And similar scenes were familiar in every town and in every shire in the kingdom. The terror of the ballot for the regular militia which made those it hit soldiers during the war, filled the ranks; while duty, necessity, and especially the contagion of the times, supplied officers. The result was that we became a military population. Any able-bodied man, of whatever rank, who was not a volunteer, or a local militiaman, had to explain or apologize for his singularity.

[Sir] Walter Scott’s zeal in the cause was very curious. He was the soul of the Edinburgh troop of Midlothian Yeomanry Cavalry. It was not a duty with him, or a necessity, or a pastime, but an absolute passion, indulgence in which gratified his feudal taste for war and his jovial sociableness. He drilled, and drank, and made songs, with a hearty conscientious earnestness which inspired or shamed everybody within the attraction. I do not know if it is usual, but his troop used to practice, individually, with the saber at a turnip which was stuck on the top of a staff, to represent a Frenchman, in front of the line. Every other trooper, when he set forward in his turn, was far less concerned about the success of his aim at the turnip, than about how he was to tumble. But Walter pricked forward gallantly, 'saying to himself, “Cut them down, the villains, cut them down!” and made his blow, which from his lameness was often an awkward one, cordially, muttering curses all the while at the detested enemy.

Nothwithstanding all our soldiering, the prevailing feeling about invasion was that of indifference. I do not think that people brought its realities home to their conception. The utter security of this island, ever since the blowing back of the Armada, made the population treat actual invasion as a thing not to be seriously contemplated. But thinking men were in a great and genuine fright, which increased in proportion as they thought. The apparent magic of Napoleon’s Continental success confounded them; Ireland made them shudder; and they saw that a war in this thick set and complicated country, however short and triumphant for us it might be, must give a dreadful shock to our whole system.

The volunteers tended to unsettle the minds of those who belonged to them for ordinary business; and hence they co-operated with the ballot in filling the ranks of the militia, which was the great nursery for the army. In this way the voluntary establishments were a very useful force; and if they had been called into active service, all the paid regiments, that is , all those composed of hardy ploughmen and artisans, would have soon become good practical soldiers. Bur for immediate service, for which it was in- tended they should be prepared, they were totally disqualified. They had no field equipage, and were scarcely trained to march beyond their parade ground. Certainly no volunteer regiment in Scotland ever passed twenty-four hours at a time, in the open air, upon its own resources. And even their drilling was universally vitiated by the essential and obvious defect of their not being moved in large masses. There was nothing done, beyond the performance of ordinary regimental business, for the creation of field officers. It was all single battalion drilling and useless shows; the work of each week being the same with that of the week before. Except as police the Foot Gentlemen were useless. The patrician blood is the best blood for soldiers, both for valour and for endurance; but it requires long and severe experience to subdue it to the details of the life of a private foot soldier.

The South Fencibles (or the "Hopetoun Invincibles" as they liked to call themselves) were raised in Edinburgh in 1778 by Henry, Duke of Buccleuch, for service in any part of Great Britain, but only served in Scotland. The unit was disbanded at Dalkeith in 1783.

Back to Quick Step South Fencibles