Rabbit up a Gum Stump

Back to Rabbit up a Gum Stump 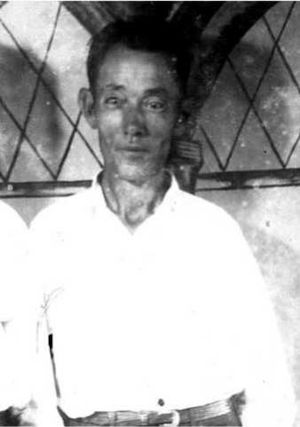 Hiter Colvin
RABBIT UP A GUM STUMP. American, Reel (cut time). A Major. AEae tuning (fiddle). AAB. "Rabbit up a Gum Stump [1]" was recorded by fiddler Hiter Colvin (1900-1975) in 1929, one of six sides recorded for Victor Records in Dallas, Texas. It was a Colvin showpiece, and meant to evoke a hunting scene, with dogs pursuing rabbits along Broadtree Creek near the community of Fellowhsip (northeast of Dubach, north Louisiana), where he was born. The tune was released on Victor Records with the correct labelling, but its release on the Montgomery Ward label had the tune played by "Hitler Colvin" and gave the title as "Rabbit in a Pea Patch" (the name of an Uncle Dave Macon recording). Jack Spence believes the tune's name change may have been the result of a deliberate decision by Montgomery Ward rather than a mistake [1].


Back to Rabbit up a Gum Stump