Rats in the Meal Barrel

Back to Rats in the Meal Barrel[edit]

RATS IN THE MEAL BARREL. Old-Time, Breakdown. USA, Mississippi. G Major. GDgd tuning (fiddle). AABB. Similar to another Alabama/Mississippi tune, "Wolves a Howlin'." The source for the tune, Tishomingo County, Mississippi, fiddler John Brown (b. circa 1869), learned the tune from his father in Itawamba County, Mississippi. The tune was also collected from another Tishomingo County fiddler, but, other than that, the title has not been reported, states Tom Rankin (1985). 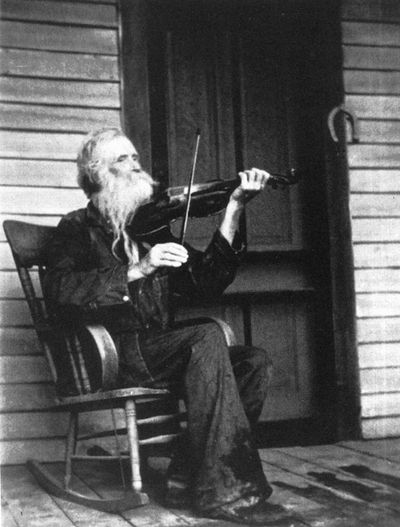 The phrase "Rats in the meal barrel" turns up as a variant of the play-party song "Skip to My Lou," collected and published in Nebraska in 1908 (Louise Pound, Folk-Song of Nebraska and the Central West, A Syllabus, "from reports given before the Annual Meeting of the Academy of Sciences 1913-15):

However, the phrase has also been used as a euphemism for skimming or corruption. An article in the Dunlap Reporter of January 20, 1888, entited "Rats in the Meal Barrel, Eh," stated "It has been openly charged that, according to the then treasurer's report, the money collected on whiskey case(?), tried at the spring term of court, 1885, amounting to several hundred dollars, never found its way into the school fund, but was presumably gobbled by certain county officials..."

Back to Rats in the Meal Barrel[edit]