Find traditional instrumental music
This is the stable version, checked on 23 October 2019.
Jump to: navigation, search

Back to Red Bird Reel

RED BIRD REEL. American, Reel (cut time). USA; Iowa, Nebraska. A Major. Standard tuning (fiddle). AABB. "Red Bird Reel" is an imitative melody from the playing of eastern Nebraska fiddler Bob Walters (1889-1960). It is perhaps a version of the West Virginia “Red Bird (2)” recorded by Clark Kessinger, related to “Karo” and “Bull at the Wagon.” Collector R.P. Christeson, who recorded Nebraska radio fiddler Bob Walters playing the tune in 1950, apparently did not think much of the tune as he requested Walters play his version after Christeson heard a live band playing a "Red Bird" tune over station KFNF, Shenandoah, Iowa. He included the tune in his volume "as part of the record, but there are other tunes more desirable." 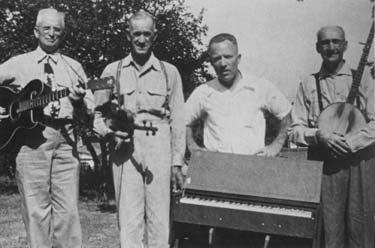 Back to Red Bird Reel