RED BULL [1], THE. English, Air (6/8 time). F Major. Standard tuning (fiddle). AB. "Red Bull" was published by Henry Playford in the 10th edition of the Dancing Master (1698), with country dance directions ("Longways for as many as will"). The tune and dance were retained in the long-running Dancing Master series through the 18th and final edition of 1728 (then published by John Young). The tune was also printed by the Walshes in The Compleat Country Dancing Master, editions of 1718, 1731 and 1754. The tune is named after the Red Bull Playhouse [1], which formerly stood in St. John Street, Churchwell. Chappell informs it was popular in the reigns of James I and Charles I, and perhaps before. The Wikipedia entry gives: 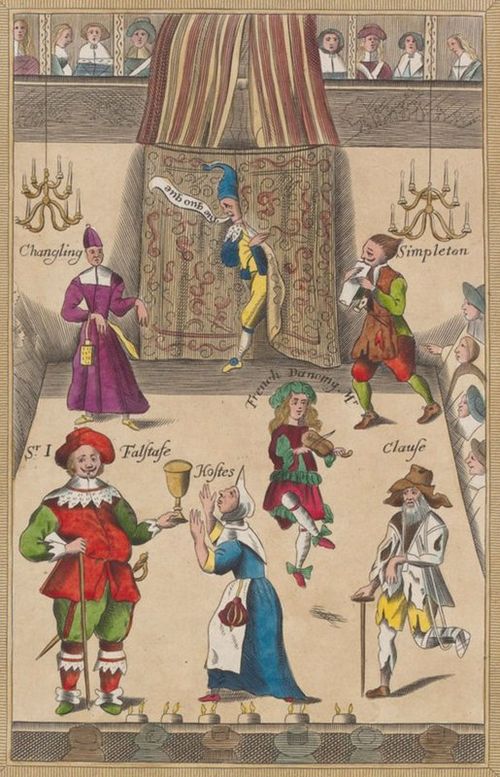 Playing at the Red Bull

The Red Bull was a playhouse in London during the 17th century. For more than four decades, it entertained audiences drawn primarily from the northern suburbs, developing a reputation for rowdy, often disruptive audiences. After Parliament closed the theatres in 1642, it continued to host illegal performances intermittently, and when the theatres reopened after the Restoration, it became a legitimate venue again. It burned in the Great Fire of London, among the last of the Renaissance theatres to fall.

The the theater's precursor began as a London inn in the possession of a widow named Mrs. Susan Baskerville, which began to stage theatrical productions, eventually converting the inn-yard to a rude theater, c. 1557. It proved a popular venue, and the revenue accrued from playgoers eventually allowed the construction in 1604 of an ampitheatre on the site.

A newly choreographed dance was set to Playford's tune in the book Maggot Pie (1932), probably the work of the authors, Marjorie Heffer and William Porter.