Back to Red Cross Knight[edit] 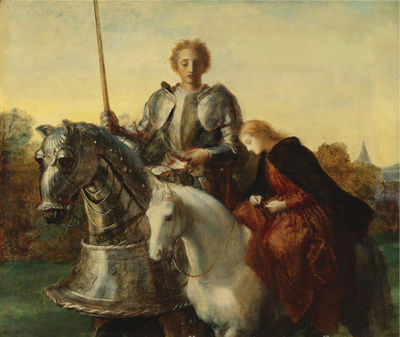 The Red Cross Knight is a fictional character, the protagonist of Book I of The Faerie Queene [1] (1590), an epic poem by Edmund Spenser (1552?-1599). "The Red Cross Knight represents the virtue of holiness, as well as St. George and the Anglican church. He is the chivalric champion and eventual husband of Una, who symbolizes truth and true religion" [2]. The unfinished allegorical poem (one of the longest in English literature) found such favor with Elizabeth I that Spenser was granted a pension for life amounting to £50 a year, though there is no evidence that Elizabeth read any of the poem.

Back to Red Cross Knight[edit]