REEL EUGÈNE. AKA - "Eugène." French-Canadian, Reel. B Minor (‘A’ part) & D Major (‘B’ part). Standard tuning (fiddle). AA’BB’. A traditional reel from the repertoire of Montreal accordion player Joseph Arthur Pigeon (1884-1966), as interpreted by his grandsons Philias and Marcel, twins, and also accordionists. Pigeon, born in the parish of Notre-Dame-de-Québec, was already an accomplished amateur accordion player when he was mentored beginning in 1931 by accordion great Alfred Montmarquette (1871-1944). He was sometimes called in to replace the elder musician at dances when he became too "indisposed", as happened more often in Montmarquette's last decade. Pigeon found a long-term playing partner in son-in-law Henri Wattier, a violinist, who with his wife (Pigeon's daughter Lucienne), lived on the second floor of the family house, providing ample opportunity for the two to grow musically together. The addition of pianist Edmond Moreau completed a trio that soon gained a recording contract; under the name Les Trois Copains (The Three Buddies) they recorded from 1936-1940. They then switched labels, recording for the Victor company on their Bluebird seris, changing the group's name to Le Trio Pigeon. By the mid-1940's Pigeon had saved enough to by some land and left Montreal to farm near Saint-Canut. 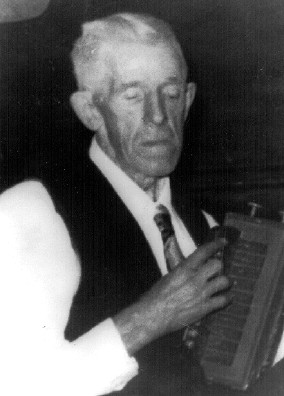