Find traditional instrumental music
This is the stable version, checked on 5 October 2020.
Jump to: navigation, search

Back to Reel boule de neige (1)

REEL BOULE DE NEIGE [1] (Snowball). AKA - "Boules de neige." AKA and see "Bachelor's Reel, "Pork and Beans," "Quadrille canadien -- 1ère partie," "Quadrille fèves au lard," "Snowball Reel." French-Canadian, Reel or Polka (2/4 time). G Major ('A' part) & D Major ('B' part). Standard tuning (fiddle). AABB (Carlin): AA'BB' (Cuillerier). From the repertoire of Québec fiddler Joseph Allard (1873-1947), who recorded it in 1932. Allard, who worked for much of his life as a fisherman, lived for a time in the United States, where he toured the northeast and was influenced by Irish and Scottish-style fiddlers. He returned to Canada in 1917 and settled near Montréal, later recording for the Bluebird label. The parts of the tune (which can be considered either a reel or polka) are sometimes reversed. 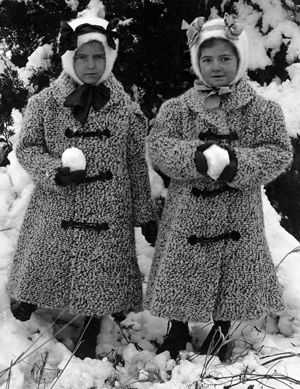 Victor originally released the recording as "Quadrille fèves au lard" in 1932, but re-relased it in early 1933 on both its Victor and Bluebird labels under the "Boule de beige" title. The tune had been earlier recorded by Montreal fiddler Isidore Soucy in 1926 as "Quadrille canadien -- 1ère partie" In the late 1940's Don Messer and his band issued their recording of the same tune as "Pork and Beans, a translation of "Quadrille fèves au lard."

See also listing at :
Hear Joseph Allard's 1932 recording on youtube.com [1] and at the Virtual Gramophone [2]

Back to Reel boule de neige (1)