Back to Rock the Cradle Joe (1) 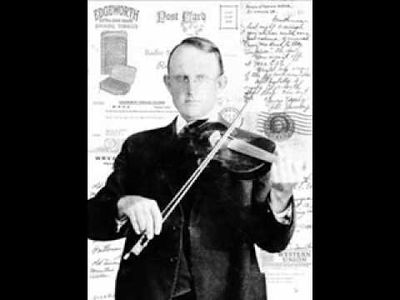 Variations of the words, however, were in tradition as “Uncle Joe Cut Off His Toe,” a nursery rhyme which has variants with verses which also resemble some of the “Old Joe Clark” verses:

Uncle Joe cut off his toe
And hung it up to dry;
The ladies began to laugh
And Joe began to cry.

Folklorist Lani Herrmann finds a similar verse in the biography of Jennie Devlin (1865-1952) by her granddaughter Katharine D. Newman (Urbana, IL: Univ of Illinois Press, 1995; "an Illini Book"). Allan Lomax recorded this version as a recitation by “Grandma Deb,” one of the names by which Jennie Devlin was known. It seems to echo the North Carolina version:

A song entitled "Rocke the Cradle, John" "was licensed by Laurence Price in 1631 in England, and there is an Irish song called "The Old Man Rocking the Cradle," about a man left at home while his wife goes out on the town. These are not related in either words or music, but do show that the man-rocking-cradle meme was an early and widespread one.

Back to Rock the Cradle Joe (1)