ROGUE'S MARCH [1], THE. AKA and see "Poor Old Robinson Crusoe." English, March (duple time). G Major. Standard tuning (fiddle). AAB. The tune was played in the British and American armies when military and civil offenders and undesirable characters were drummed from camps and cantonments, sometimes with a halter about their necks, sometimes with the final disgrace of a farewell ritual kick from the regiment's youngest drummer. (Winstock, 1970). Camus (1976) says that the actual ceremony consisted of as many drummers and fifers as possible (to make it the more impressive) would parade the prisoner along the front of the regimental formation to this tune, and then to the entrance of the camp. The offender's coat would be turned inside out as a sign of disgrace, and his hands were bound behind him; like Winstock, he says the last ignominy was a kick from the youngest drummer, with instructions never to return to the vicinity. The sentence would then be published in the local paper. Winstock states the earliest version that can be found dates between 1793 and 1800, though Bayard (1981), citing Chappell, says it has been the "regulation drumming-out march since the 1750's." Kidson says “the writer, though he has made diligent search, cannot find traces of the tune before the middle of the 18th century, although there can be little doubt that the air, with its association, had been in use long before that time.”

Music is found in a great many 18th century volumes of martial music and collections for fife and flute, as, for example, in Thompson’s Compleat Tutor for the Fife (c. 1756). "Rogues March" was one of the most widespread and recognized melodies in martial repertory of the era. The melody also appears in the late 18th century manuscript copybook of Henry Livingston, Jr. Livingston purchased the estate of Locust Grove, Poughkeepsie, New York, in 1771 at the age of 23. In 1775 he was a Major in the 3rd New York Regiment, which participated in Montgomery’s invasion of Canada in a failed attempt to wrest Québec from British control. An important land-owner in the Hudson Valley, and a member of the powerful Livingston family, Henry was also a surveyor and real estate speculator, an illustrator and map-maker, and a Justice of the Peace for Dutchess County. He was also a musician and presumably a dancer, as he was elected a Manager for the New York Assembly’s dancing season of 1774-1775, along with his 3rd cousin, John Jay, later U.S. Chief Justice of Governor of New York. About 1790 and later the air was adapted in vocal settings for several popular humorous songs, including “Robinson Crusoe,” “Abraham Newland” and “Tight Little Island.” The last mentioned was written as "The Island" by Thomas Dibdin about 1798, and sung by a singer named Davies at Sadler’s Wells that same year. 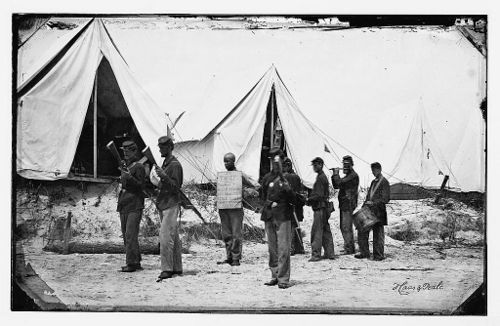 An American Civil War drumming out.

As with a great many British martial airs, "Rogues March" was adopted by the American army in the War of Independence, and continued to be employed through the Civil War (Winstock, 1970; p. 97). This is confirmed by its appearance in Bruce and Emmett's Drummers’ and Fifers’ Guide, a manual printed in 1862 for training musicians for the Union Army. The authors (one of whom was Dan Emmett, of blackface minstrel fame and author of note: “This air and (drum) beat is used only to ‘Drum out’ of the service men that have been guilty of desertion or any other misdemeanor.” Camus (1976) also states there was another informal or unofficial ceremony connected with the tune: when a soldier married the widow of a comrade he was "hoisted upon the shoulders of two stout fellows of his company, with a couple of bayonets stuck in his hat by way of horns, and preceded by a drum and fife, playing the 'Rogue's March', he is paraded in front of his regiment" (p. 113).