ROMP [1], THE. AKA - "Merry Girls of Scarborough (The)." English, Country Dance Tune (cut time). D Major. Standard tuning (fiddle). AABB. In 1767 musician, composer, novelist, actor and songwriter Charles Dibdin (1745-1814) was the original Watty Cockney in Love in the City (1767), and although the play itself was a commercial failure, Dibdin's music for the opera received approval. A number of selections were later altered into the successful production The Romp (1791), for which he composed choruses and songs, including the popular "Dear me! how I long to be married!" "The Romp" was one of the favorite vehicles for the adored period comic actress Dorothy Jordon. 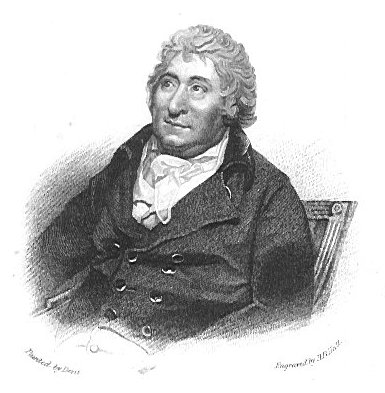 This tune and directions for a country dance were printed by London publishers Samuel, Ann & Peter Thompson in their Compleat Collection of 200 Country Dances, vol. 5 (1788, p. 19). However, the whether Dibdin was the composer of this melody is not known, nor is the connection with his opera ascertained (it was staged a few years after the Thompson's publication).