Find traditional instrumental music
This is the stable version, checked on 12 February 2020.
Jump to: navigation, search 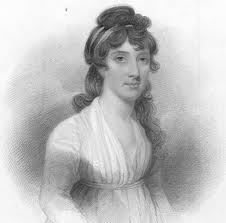 Miss Murray of Auchtertyre was Euphemia Murray of Lintrose, a cousin of Sir William of Ochtertyre. She was an accomplished woman and an amateur composer herself, with at least one composition, a slow strathspey, published by the Gows (Fifth Collection, 1809) –- see “Rosabell.” Poet Robert Burns was struck by her teenage beauty when he visited Sir William Murray at Auchtertyre in 1787 and composed a famous ode in her honor, “Blythe was she.” ‘She’ was not amused, by one report and did not care for it (a Smyth descendent says she called Burns a "drunken young ploughman", tore up the manuscript, and did not allow it to be mentioned in her presence) [1]. Beautiful she was, however; and famous enough to be feted as the ‘Flower of Strathmore’, her beauty toasted at gatherings. Another account differs in its report of her attitude toward the poet, suggesting she was rather warmer towards him:

[She] happened to forgather with Burns during on of his northern tours, and her affability and beauty charmed this lyric from him.

Euphemia married David Smyth, Lord Lethven, a Scottish judge, whom she met when she was giving testimony in court (according to an account by Smyth). Apparently a scandal had arisen in the Murrays of Auchtertyre, and she was called as a witness, as she was intimate with the family. "Her beauty and modesty so impressed the judge, Lord Methven, an elderly widower," relates a family account [2], "that he asked her to be his wife, and she became Mrs. Smyth of Methven." See also Euphemia's strathspey "Pitthieveless Castle," published around 1810.