ROSCOE. Old-Time, Breakdown/Reel. G Major. Standard tuning (fiddle). AB (Silberberg): AA'BB (Phillips). The tune was in the repertoire of fiddler and banjo player Kyle Creed (1912–1982), who learned it from from Roscoe Russell; Creed couldn't remember the name of the tune and called it after his source. Creed was from originally from near Round Peak, Surry County, northwestern North Carolina, and but later worked as a carpenter and ran a country store at Piper’s Gap, near the Blue Ridge Parkway and not far from Galax, Virginia. He was also an instrument maker and a member of the band The Camp Creek Boys, whose members also included Roscoe Russell on guitar and baritone ukulele. 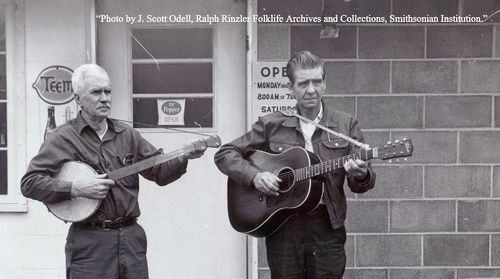 Russell was renowned as a maker of banjos (approx. 200 are reliably attributed to him) and Appalachian dulcimers whose instruments tended to be louder than other dulcimers due to the innovation of a false back or double-bottom. He won the Galax Old Fiddler’s Convention dulcimer competition in 1976.