Back to Roscommon Hunt 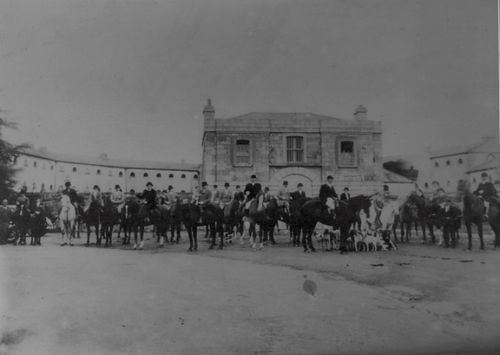 The Roscommon Hunt was a gentlemen's sporting association of unknown antiquity. It was dormant for over fifty years following World War II, but was reformed in 1999. A tune by this title was popular in 1779, as Berringer noted the title in an account of a "cake" dance (a dance in which a prize of a cake was awarded) he attended in Connacht [as cited by William Grattan Flood, The Gael, April, 1904, p. 148]. Beside “Roscommon Hunt,” Berringer noted tunes played were “Miss M’Leod’s Reel,” “Batha Buidhe,” “Geese in the Bog,” “Madhadh na bPlandie” and “The Hare in the Corn.”

Back to Roscommon Hunt