Back to Rosignol Waltz (The)

ROSSINGOL WALTZ, THE. English, American; Waltz (3/8 or 3/4 time). England, Shropshire. C Major. Standard tuning (fiddle). AABCAAB. The melody was composed by French-born Louis Jullien, a musical talent, entrepreneur and grand showman who performed in England and whose music sometimes appears in musician's manuscript collections (as "Rossignol Waltz" did in John Moore's MS collection). Jullien could inspire a variety of reactions, as indicated by this passage from the British magazine Belgravia (1880): 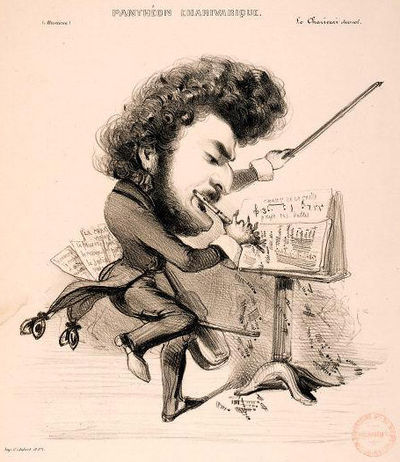 In the year 1848 the management of the Drury Lane Theater of London was assumed by a very eccentric and grotesque creature. It would be unfair to dismiss him as a mere charlatan; however empirical his proceedings, he was his own chief dupe. He was crazily vain, very ignorant, extravagant, disorderly, tawdry, and vulgar, but he was humane; he was ingenious after a fashion; he was enterprising beyond all reasonable bounds; he possessed much natural wit; and he was animated by an enthusiasm unquestionably genuine, for all its comical and crackbrained modes of expression. His name--it cannot yet be forgotten--was Louis Jilien.

His first appearance in England was in 1838; in 1839 he was rendering some assistance at Drury Lane as a soloist at Concerts d'Hiver, performing now on his piccolo, imitating the notes of a bird in his own "Rossignol Waltz", now on the clarichord, a new brass-valved instrument which he was the first to introduce. Then he became the conductor. He possessed a certain instinct for new effects and combinations of sound and delighted in orchestral uproar of a prodigious sort. How far he was really responsible for the compositions and complilations that bore his name may be questioned; for some little time he concealed his own connection with them, attributing them to a supposititious German musician, Roch Albert.

He had a garden-roller dragged over sheets of iron to simulate the roar of artillery; pans of red fire were lighted at intervals so that while the sense of hearing was assailed by the strangest clangor and hubbub, the faculties of eyes and of nose might be no less amazed by the flash and glare and the pungent fumes of nitrate of strontium.

Jullien toured America in 1853, sponsored by circus entrepreneur P.T. Barnum, and staged his "monster concerts" at the Crystal Palace in New York City. When he returned to England he found his fame waning as audience tastes had changed, and he moved on to Paris. There he also found he was no longer famous. One afternoon during the Carnival he delivered a long impromptu speech to bystanders promenading on the Rue Montmartre, then took his piccolo from his pocket and played various variations; he repeated this behavior at various locations in the city. The next day he cut his throat in an alley leading out of the Rue de la Chaussé d'Antin, and died a couple of days later in the hospital.

Back to Rosignol Waltz (The)