Back to Royal Circus (The)

ROYAL CIRCUS. AKA and see “Drury Lane.” English, Scottish; Jig or March (6/8 time). F Major. Standard tuning (fiddle). AABB (Gow, Howe): AA’BB’ (Cranford/Holland). A tune by this name appears in Gow’s 2nd Collection, probably named for the Royal Circus in the New Town of Edinburgh, so called because of its shape complimentary to Royalty. Perhaps the most famous use of the name Royal Circus dates to 1782 when a former member of Phillip Astley’s equestrian performance company, Charles Hughes (1747-1797), struck out on his own. Astley’s performance hall was called the Royal Amphitheater, while rival Hughes’ named his The Royal Circus, located on Black-friar’s Road at St. George’s Fields, London (see note for “Astley's Ride” for more). Hughes, who opened his entertainment in conjunction with the popular songwriter Charles Dibdin, is credited with inventing the name circus (in the context of a program consisting of live acts), meaning 'circle', referring to the ring around which the equestrians rode during their performances. 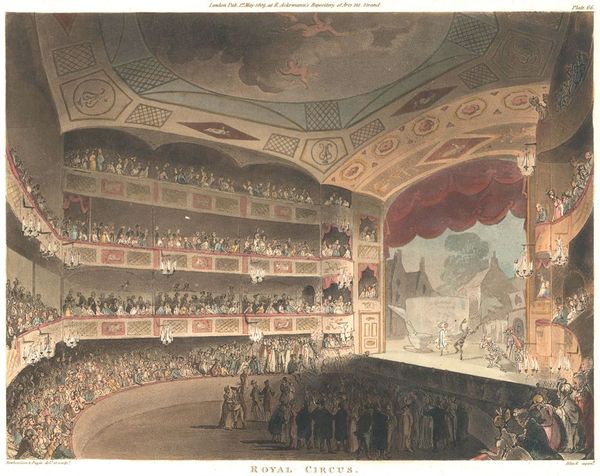 Back to Royal Circus (The)