Back to Royal Grove, The

ROYAL GROVE, THE. English, Country Dance Tune (2/4 time). D Major. Standard tuning (fiddle). AABB. The Royal Grove was the name of Phillip Astley gave to the structure (formerly known as the Amphitheatre Riding House), housing his circus in London when he 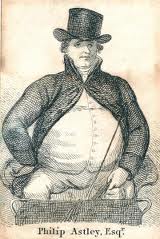 refurbished it in 1786, with a proper stage and the sylvan decoration, replete with false foliage, that Astley had already used in his Parisian amphitheatre. It stood until August, 1794, when it burned to the ground while Astley was serving in the military and stationed on the Continent. Although aged 51 in 1793, Astly reenlisted in the 15th Light Dragoons during the conflict between Britain and revolutionary France, "acting as a horse-master, celebrity morale-booster and war correspondent in one." Upon hearing his venue had been destroyed, Astley resigned from the military and returned to London to rebuild it, and managed to erect a new structure (called the New Amphitheatre of the Arts) in time for the 1795 season.

Back to Royal Grove, The