Find traditional instrumental music
This is the stable version, checked on 1 May 2021.
Jump to: navigation, search

Back to Royal Recovery (The)

ROYAL RECOVERY, THE. AKA and see "Madam Frederick," "Miss Rose Blackhall's Strathspey,” “Recovery (2) (The)." Scottish, Slow Strathspey (whole time). D Major (Williamson): A Major (Gow): B Flat Major (Surenne). Standard tuning (fiddle). AABB (Williamson): AB (Gow, Surenne). The tune appears as “Miss Rose Blackhall’s Strathspey” in Robert Petrie’s Second Collection, attributed to fiddler-composer William Marshall (1748–1833), the Duke of Gordon's factor renowned for his strathspey compositions. The "Royal Recovery" title is the Gow's name for the tune, and not the only time they renamed Marshall's tunes. Williamson (1976) says the title of the tune probably refers to the resumption of rule by the exiled Stuart Kings, but I think it more likely it refers to the periods of madness of King George III, which were interspersed with long intervals of lucidity. In February, 1801, he had one of his relapses and said he had become "bilious and unwell"; by the end of the month his urine was dark colored. "I do feel myself very ill, I am much weaker than I was, and I have prayed to God all night that I might die, or that he would spare my reason...", he wrote. His illness progressed to include cramps, constipation, insomnia, tachycardia, nausea, colic, muscular pain and weakness, and feverish sweating, leading finally to acute delirium culminating in coma. Once again, his physicians feared for his life, but his condition fluctuated and the prognosis was unclear. However, he slowly recovered. 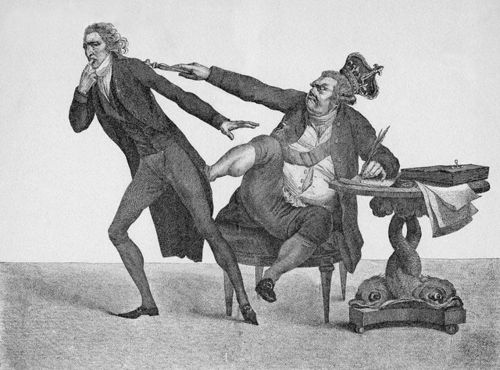 Back to Royal Recovery (The)