Back to Ruins of Killmallock (The)

RUINS OF KILLMALLOCK, THE (Fotarac Cill-Moceallog). Irish, Double Jig. A Major. Standard tuning (fiddle). AABB. Killmallock was once, in the middle ages, the third largest town in Ireland (after Dublin and Kilkenny), and was later the seat of the powerful Earls of Desmond between the 14th and 17th centuries. There are famous ruins of a Dominican Friary at Killmallock, west County Limerick, built in the 13th century but sacked by Cromwell’s forces in 1648. The ruins were an attraction often visited in the 18th and 19th centuries, and parts of the nave, chancel, tower and a window survive today. 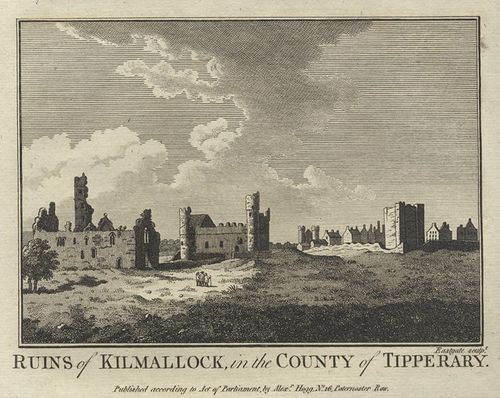 Back to Ruins of Killmallock (The)