Find traditional instrumental music
This is the stable version, checked on 17 October 2020.
Jump to: navigation, search

Back to Run Down Boot

RUN DOWN BOOT. American, Reel (cut time). An Illinois tune from Walter "Pete" Priest (d. 1991) of Paradise (in the east-central part of the state), collected by Gary Harrison in 1971. Priest was aged 71 at the time. 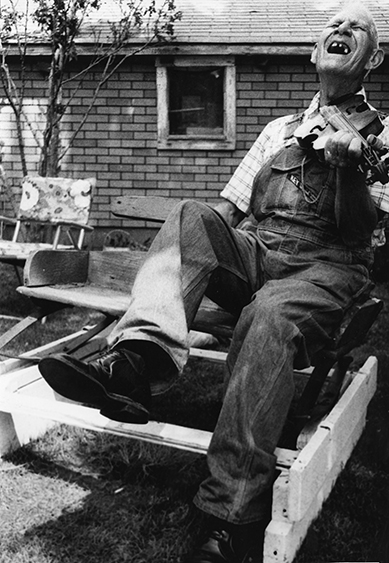 “Pete Priest,” Tarble Arts Center- Folk Archives, accessed April 21, 2018, [[1]].
Priest was known regionally as a dance fiddler and had learned to play at age eight, when the family lived in Kentucky.

See also listing at :
Hear Garry Harrison play the tune at the Fiddle Tune Archive of the Olde Towne School of Folk Music [2], along with a moderately paced version [3]

Back to Run Down Boot