Back to Rural Felicity (1)

RURAL FELICITY [1]. AKA and see "(Come) Haste to the Wedding (1), "Small Pin Cushion (The)." English, Irish; Single Jig (6/8 time). D Major. Standard tuning (fiddle). AABB. Melody and song were introduced in 1767 in the pantomime The Elopement, performed at London's Drury Lane Theatre, and became widely popular, judging from its numerous appearances in musicians’ period manuscript copybooks on both sides of the Atlantic (refer to the EASMES [1] site for an extensive listing of individual manuscripts, albeit mostly American on that site). 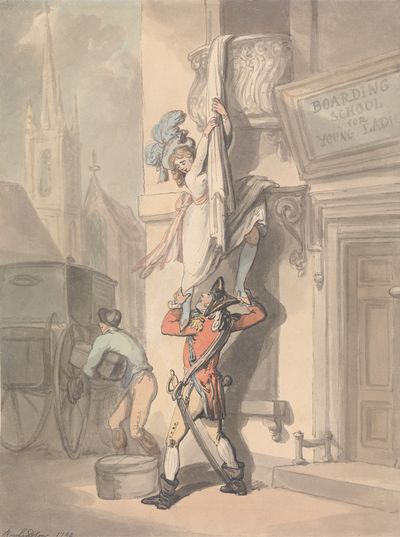 The title for the melody "Rural Felicity" comes from a phrase occurring in the chorus of the song "Haste to the Wedding," by which latter title it has usually been known after around the year 1800.

Come haste to the wedding ye friends and ye neighbors,
The lovers their bliss can no longer delay.
Forget all your sorrows your cares and your labors,
And let every heart beat with rapture today.
Come, come one and all, attend to my call,
And revel in pleasures that never can cloy.
Come see rural felicity,
Which love and innocence ever enjoy.

The overture for the production was written by T. Giordani, published in London in 1768, although it is not known if he also wrote the incidental music for the play. Like many popular stage melodies of the period, the tune was quickly adopted for country dancing and it is probably the tune which is listed as "Rual Pillicity," but missing from Northumbrian musician William Vickers' 1770 manuscript of dance tunes. The melody for "Rural Felicity/Haste to the Wedding" predates The Elopement, however, for it appears in the 10th volume of cellist-composer and music publisher James Oswald's Caledonian Pocket Companion (c. 1750-1760) under the title "Small Pin Cushion (The)." It is the only Scottish publication that contains the tune, and the melody may have been composed Oswald himself.

The country dance "Rural Felicity" appears in England with the tune in Charles and Samuel Thompson's 200 Country Dances, volume III (London, 1773) and the melody appears in numerous others dance collections and instrumental tutors of the 18th and early 19th centuries. Different dance figures with the title appear in America in Clement Weeks' Greenland, New Hampshire, dance manuscript of 1783, and in the publication Gentleman & Lady's Companion (Norwich, Conn., 1798), p. 15.

Back to Rural Felicity (1)