Back to Sandy MacIntyre's Trip to Boston

SANDY MACINTYRE'S TRIP TO BOSTON. AKA - “Trip to Boston.” Canadian, Reel. Canada; Cape Breton, Prince Edward Island. A Major. Standard tuning (fiddle). AABB. A popular reel composed by Cape Breton fiddler John Campbell (1929-2010) for his friend Sandy MacIntyre. According to Clyde Curley in The Portland Collection, Campbell happened to be in Halifax, Nova Scotia, with MacIntyre (who had just returned from a trip to Boston) soon after he composed the tune. Upon hearing it, MacIntyre immediately admired it and said “That’s a great tune. Why don’t you name it after me?” MacIntyre himself is a fiddler born in Inverness, Cape Breton, Nova Scotia, who now resides in Etobicoke, Ontario, where he remains an avid proponent of Cape Breton-style fiddling. Perlman (1996) states the tune was introduced to Prince Edward Island in the 1970s and has become so popular it is almost considered one of the “good old tunes.” Paul Stewart Cranford suggests the tune “may very well be the most popular Cape Breton fiddle tune of all time.” 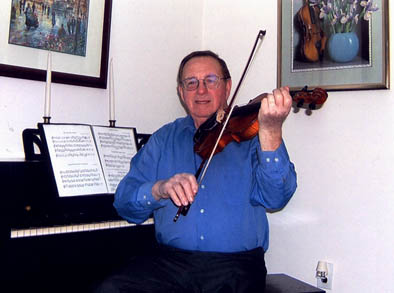 Back to Sandy MacIntyre's Trip to Boston