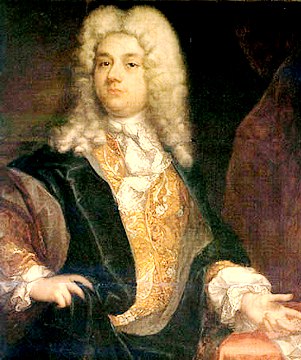 Seneisino, Francesco Bernardi [1] (1686-1758) was a celebrated Italian contralto castrato, particularly remembered today for his long collaboration with the composer George Frideric Handel. As he was from Sienna, the son of a barber, he took the stage name Senesino (sometimes Seneisino). He made his debut in Venice in 1707, and had a reputation by 1717 while singing in Dresden; it was in the latter city that Handel, looking for singers for the Royal Academy in London, engaged him to perform in England. Although Handel used him in numerous (and some of his most famous) operas, the relationship between the two was not smooth, and the corpulent singer was said to have been touchy, vain, insolent, and professionally arrogant. Still, he was very popular in England for a few decades, and occasionally sang on the Continent, but by the 1740's the castrato style was going out of fashion. Senesino sang in Italy for a few years at the end of his long and prosperous career, then retired to a fine house in Sienna.