SET DE VAUDREUIL, 1ÉRE PARTIE. AKA and see "St. Lawrence Jig." French-Canadian, Jig (6/8 time). D Major. Standard tuning (fiddle). AA’BB’. From the repertoire of Joseph Allard (1873-1947), born near Montréal, but a resident of the Northeast United States as a young man, where he won numerous fiddle contests. In 1917 he returned to Montréal where he spent the remainder of his life. He recorded prolifically. “Set de Vaudreuil” is a quadrille set in four parts or figures and was issued in 1930 on two 78 RPM recordings (one figure per side) for Victor of Canada. The recordings feature dance calls voiced by a caller (uncredited on the recording), and all four are 'square' i.e. binary in structure, with each strain eight measures long in the same rhythm. The first strain of Allard's "Set de Vaudreuil 1ère partie" is a 'floater', meaning that it has become detached from its core binary tune and has attracted other, different, second strains. In this case, the core tune seems to have been the jig known in New England and Ontario as "St. Lawrence Jig." Jean Carignan, the most famous Quebec fiddler of the mid-20th century, played it as "6/8 du St-Laurent" [1], which Carignan said he had learned from his mentor, Allard. Jean Duval [2] notes that Quebec fiddler J.O. Albert LaMadeleine (active in the first half of the 20th century) also made a 78 RPM recording with the shared first strain (with yet another, different, second strain attached) as "Quadrille des seigneurs 4ème partie." Similarly, Quebec fiddler Isidore Soucy recorded in 1930 a jig as "Clog canadienne", again employing the first strain of "St. Lawrence Jig." Allard himself employed the first strain again, finds Duval, as the opening part of his three-part "Reel de St-Clet", recorded in Montreal in 1933. 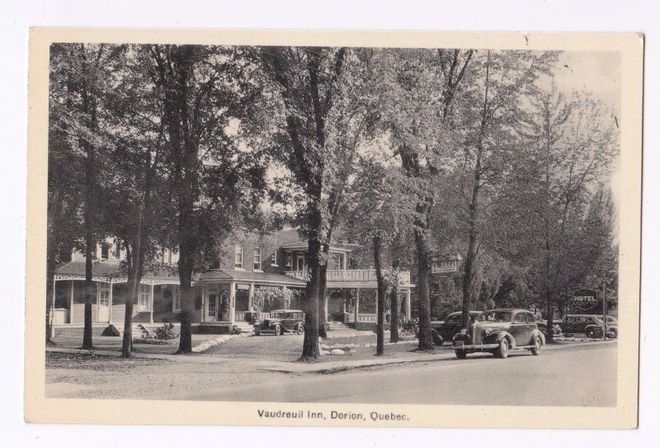 Vaudreuil, located at the confluence of the Ottawa and St. Lawrence rivers, is a southwestern suburb of Montreal, named for Philippe de Vaudreuil, who was governor of the city at the beginning of the 18th century. In 1994 the town of Vaudreuil merged with another locality to form Vaudreuil-Dorion.