Back to Shandon Bells

SHANDON BELLS (Cloig an tSeandúin). AKA and see "Punch for the Ladies (1),” “Ronayne's Jig." Irish (originally), Canadian, American; Double Jig (6/8 time). USA; New England, Chicago. Canada; Ottawa Valley, Ontario, Prince Edward Island, Cape Breton. D Major. Standard tuning (fiddle). AA'B (O'Neill/1850 & 1001): AABB (Miller & Perron, Perlman): AA'BB (O'Neill/Krassen & 1915): AA’BB’ (Bégin). The tune is named for a bell tower in the city of Cork. According to Francis O’Neill (in Irish Folk Music, p. 87), “No double jig ever introduced in Chicago met with such immediate popularity among musicians and dancers as Shandon Bells.” His source for the tune, Chicago fiddler Edward Cronin who was originally from County Limerick, had no title for the tune, so O'Neill supplied one of his own. Paul de Grae [1] explains that "Shandon Bells" refers to the bell tower of St. Anne's Church in Cork city, a famous landmark: "Though O'Neill was from west Cork rather than Cork city, his country pride no doubt persuaded him to put this tune first in Dance Music of Ireland (1907)--though its popularity musty have been a factor also."

A family of slip jigs, probably Scottish in origin, echoes the same melodic and harmonic material but is probably not cognate; see “Sailor Lassie (The) for more. 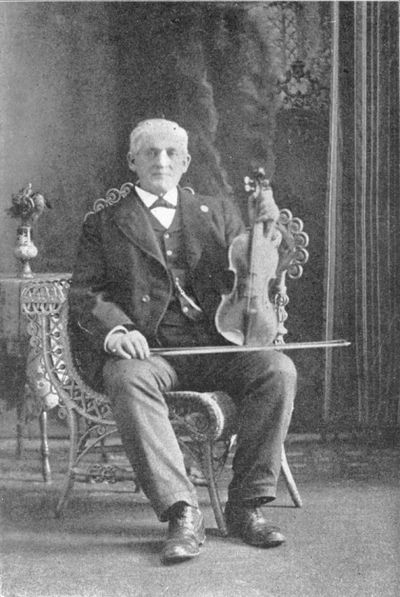 Back to Shandon Bells