Find traditional instrumental music
This is the stable version, checked on 2 August 2019.
Jump to: navigation, search

Back to Sherburn Castle 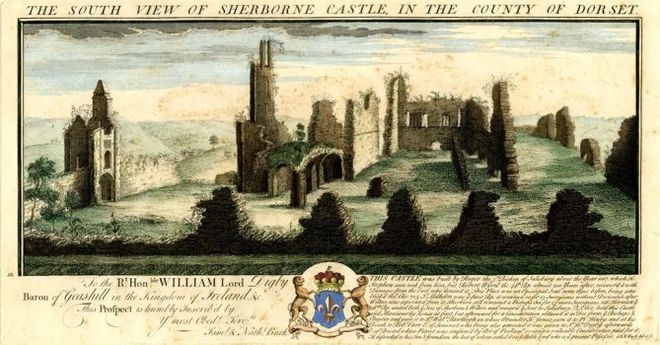 Sherburn old castle, depicted in 1733, not long before the tune appeared in Walsh's "Caledonian Country Dances".

SHERBURN CASTLE. English, Country Dance Tune (2/4 time). D Major. Standard tuning (fiddle). AABB. Sherburn, Oxfordshire, was on the crossroads of the main north/south route from Bristol to Weymouth and the east/west route from London to Exeter, making it a strategic location that saw much action during the English Civil War (1642-1651). Many locals were tenants of John Lord Digby (1634-1698) of Sherborne Castle and the town was traditionally Royalist. If suffered two sieges; in both cases Royalist forces were eventually driven out by Parliamentarian troops.

Back to Sherburn Castle