Find traditional instrumental music
This is the stable version, checked on 2 September 2019.
Jump to: navigation, search

Back to Silver Strands

SILVER STRANDS. American, Air and Schottische (cut time). USA, Kentucky. G Major. Standard tuning (fiddle). AA'B. From the repertoire of Salyersville, Magoffin County, Kentucky, fiddler William Hamilton Stepp [1] (1875-1957), who was recorded for the Library of Congress in 1937 by folklorists Alan and Elizabeth Lomax. Stepp played the tune in G, however, because he tuned down a bit it sometimes sounds like he’s playing in F. 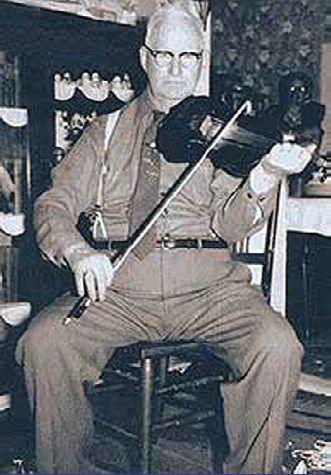 William H. Stepp
Stepp was a friend of Salyersville fiddler John Salyer, with whom he sometimes played.

Back to Silver Strands