Back to Sir Charles Coote 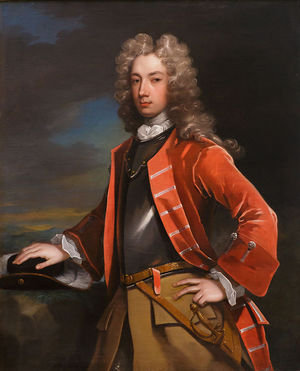 SIR CHARLES COOTE ("Pleraca Catal Cuitac" or "Plancstae Sealuis Cuta"). AKA and see "Planxty Charles Coote". Irish, Air or Planxty (4/4 time). C Major. Standard tuning (fiddle). AAB. The air was composed by the blind Irish harper Turlough O'Carolan (1670-1738), who also probably wrote words to it, believes Donal O'Sullivan (Bunting's, 1983), though they have not been found. O'Sullivan relates the scion of the Irish Coote family in Ireland was Sir Charles Coote, 1st Baronet of Ireland, a captain of soldiers and a marauder who served in the wars against O'Neill, Earl of Tyrone, during the early and mid-17th century. Subsequently, the Cootes of the family seat of Coote Hall on the river Shannon, near Boyle, County Roscommon, had the reputation of being brutal landlords. The subject of O'Carlolan's air was, however, either the 4th (c. 1635-1709) or 5th (c. 1680-1715) Baronet, both of whom were also named Charles [1]. The 5th Baronet, later the 4th Earl, like his father was styled Viscount Castlecoote until he inherited the Earldom in 1709. Two years later he was appointed to the Privy Council for Ireland and in 1714 became a Privy Councillor to King George I. In the English Parliament he was MP for Knaresborough. By end of his lifetime—he died, unmarried, at Bordeaux in 1715 and was buried at St. James’s—the fortunes of the family were in decline. A Catholic (who became a nominal Protestant), one Maurice O'Connor (who married Lady Mary Plunkett), having made his fortune in English real estate, bought the Coote estate after 1720 for the then princely sum of £7,500. O'Carolan composed three tunes in honor of Maurice O'Connor and one for his wife (see "Maurice O'Connor (1)," "Maurice O'Connor (2)," "Maurice O'Connor (3)," and "Mrs. O'Connor (1)").

Additional notes
Source for notated version : - the manuscripts of the Irish collector Edward Bunting, who noted the tune from Rose Mooney in 1800. Mooney was the only woman harper to attend the Belfast Harpers Assembly in 1792 [O’Sullivan/Bunting].

Back to Sir Charles Coote