Find traditional instrumental music
This is the stable version, checked on 10 April 2020.
Jump to: navigation, search

Back to Sir Home Popham's Hornpipe 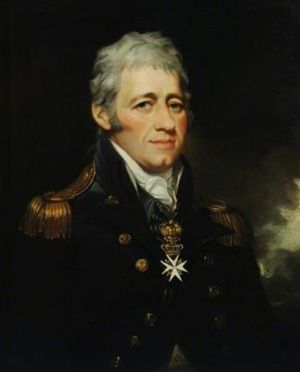 SIR HOME POPHAM'S HORNPIPE. English, Hornpipe (cut time). D Major. Standard tuning (fiddle). AABB. Sir Home Riggs Popham (1762-1820) was a Royal Navy commander who saw service against the French during the Revolutionary and Napoleonic Wars. He is remembered for his scientific accomplishments, particularly the development of a signal code that was adopted by the Royal Navy in 1803. Popham had many achievements but also miscalculated in his Río de la Plata expedition of 1806 when he misread the amount of discontent of the citizens of Buenos Aires with Spanish rule. They wanted no part of his invasion with British troops and took them prisoners when they landed.

Back to Sir Home Popham's Hornpipe